I never thought Photography would take me into Cosplay.

The Joker has always been one of my favorite villains and I'm a big fan of the Batman movies, well except for Batman returns. The new Suicide squad movie has a brief visit from the Joker, however I am not a fan of their version, So I had to intervene and take my chance to put my own spin on the character and I was able to convinced Michael he was perfect for it, as you'll see below.

After a few weeks of spit balling ideas. We enlisted the help of Beckie at Beckified-HMUA. She is a professional make up artist and can be found on Facebook here: https://www.facebook.com/BBeckified/?fref=ts

Once the plans were finalized and a return visit to Mask Costumes in Salt Lake, I had a Joker costume and headed for the studio. Michael and I had discussed having a Harley Quinn as part of the shoot and we tried a few candidate, however we were not able to schedule one. Well, I had given up on this idea and was pleasantly surprised to find Michael had enlisted the talented Melinda to play Harley; she even had her own costume.

The original shot I intended, was to have the Joker working on a victim, a dripping hacksaw and/or knife, so while waiting for make up, I strung up plastic sheeting and started throwing blood around.

A few test shots, to check the look. 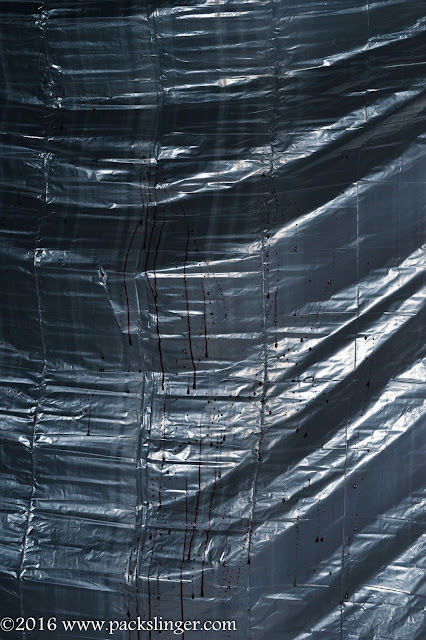 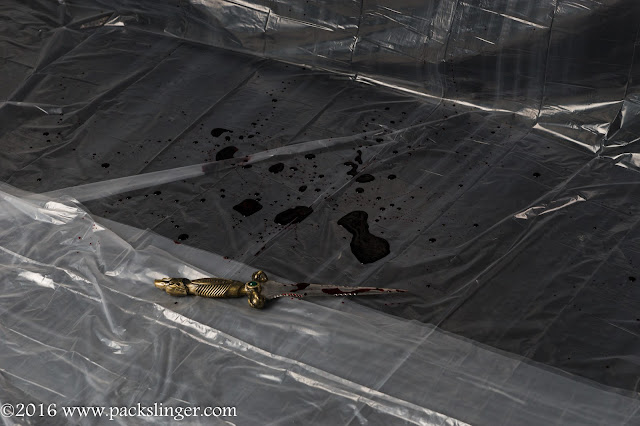 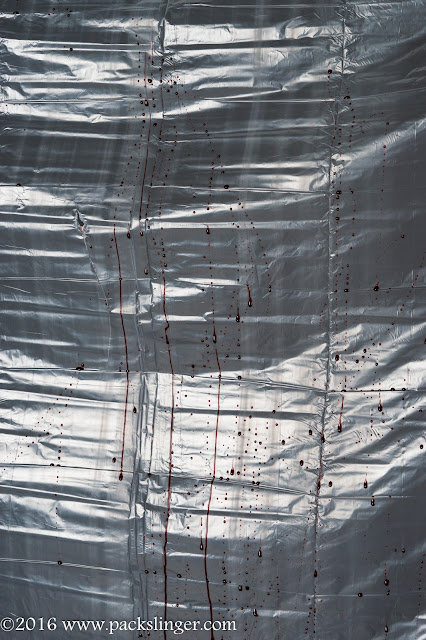 Melinda, lent a hand to check the lighting. 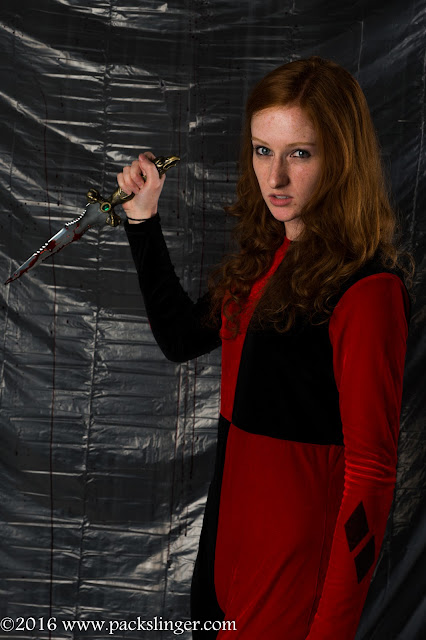 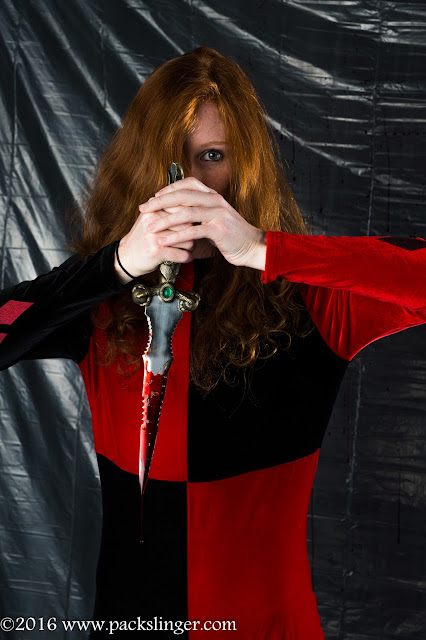 I neglected to bring the Hacksaw, so we just winged the rest of the shots. I always plan one thing, but see something else once I get shooting. Here is Michael fresh from Beckie's chair, she is quite talented! I am still a big fan of Jack's version of the Joker, I really enjoyed Heath's version, but hated the make up. I understood the vision behind it, but thought it could have been better. Michael and Beckie helped bring this version to life. 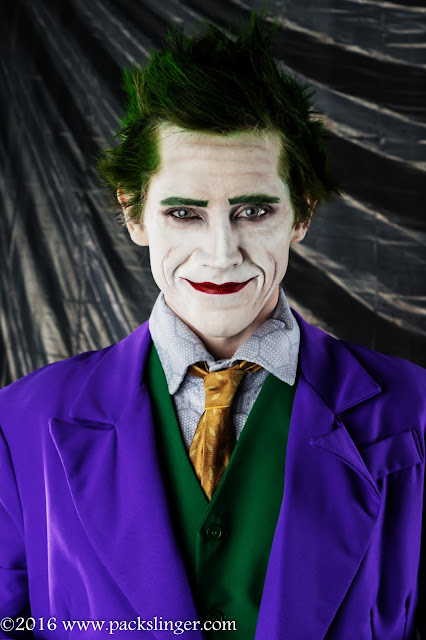 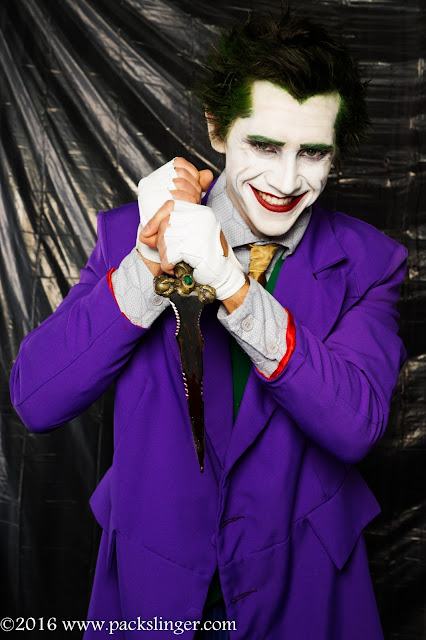 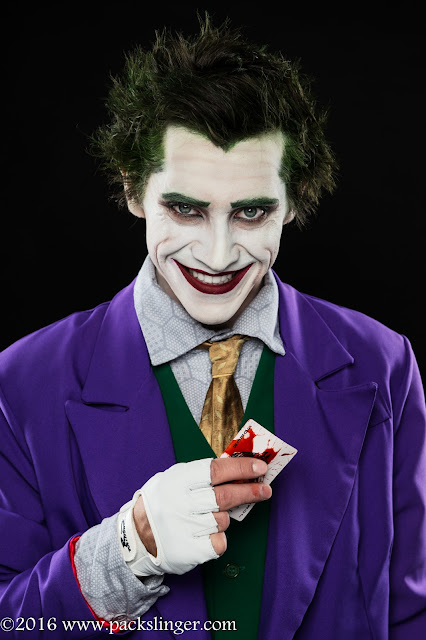 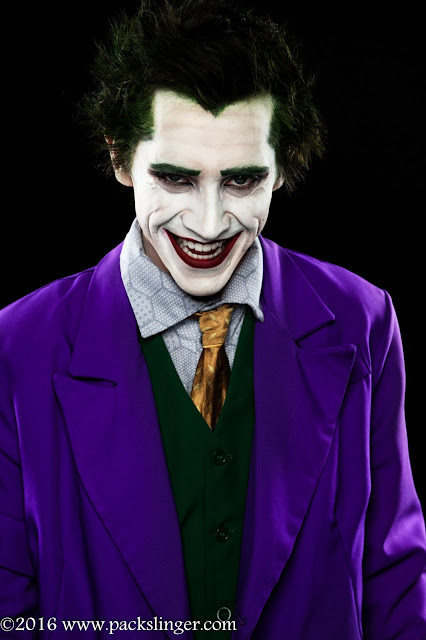 Beckie was able to get Melinda made up quickly and the shoot continued. This shot was Beckies idea, I'm not a comic book fan, so I am not familiar with the relationship these two characters have. It turned out quite nicely and we played around with some different poses. Even a few aggressive ones. 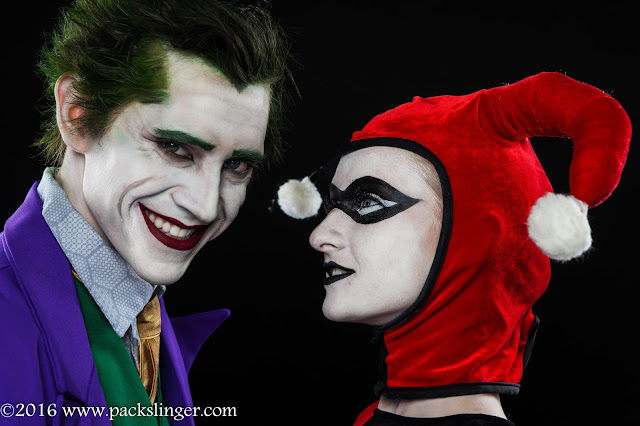 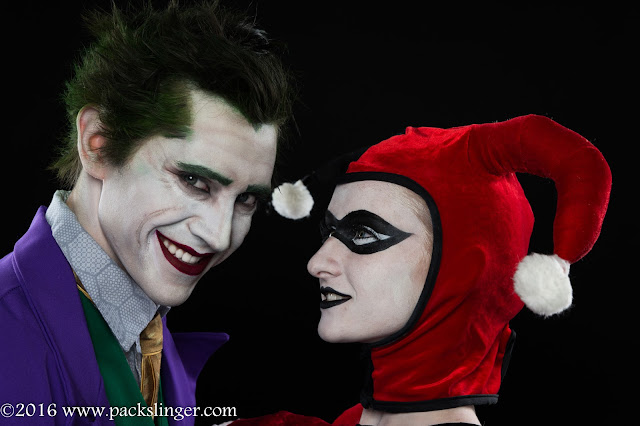 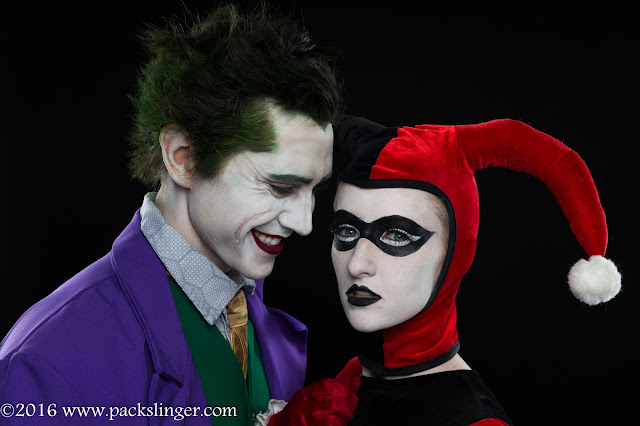 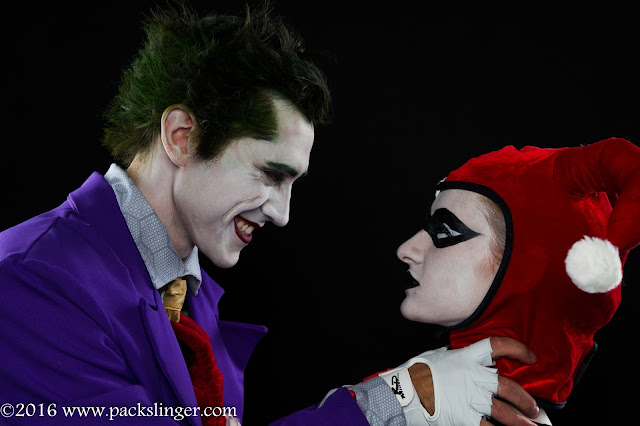 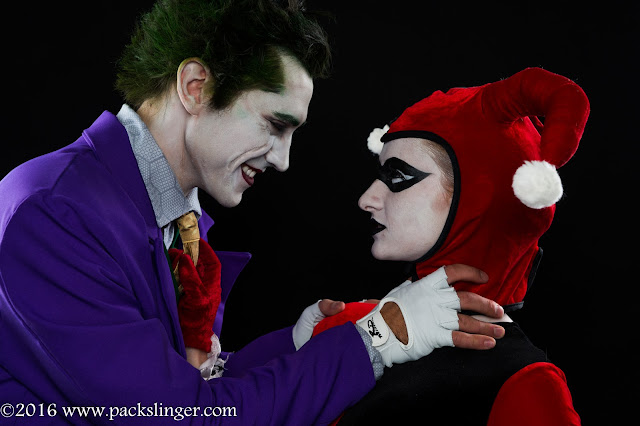 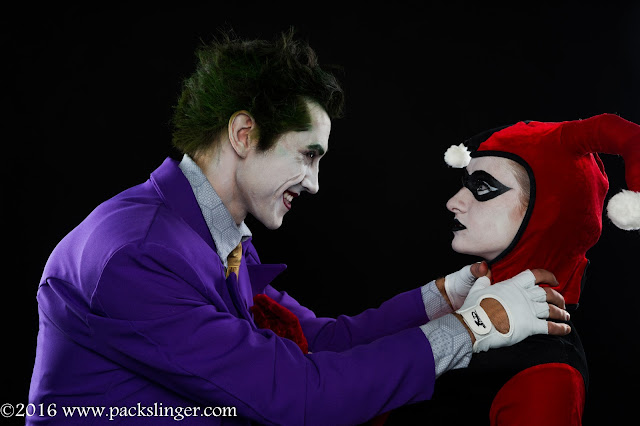 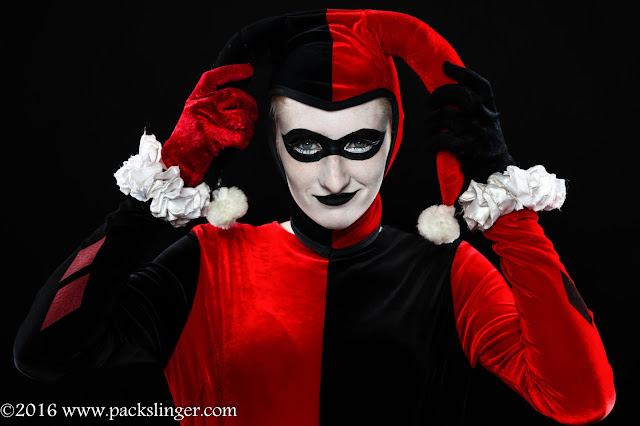 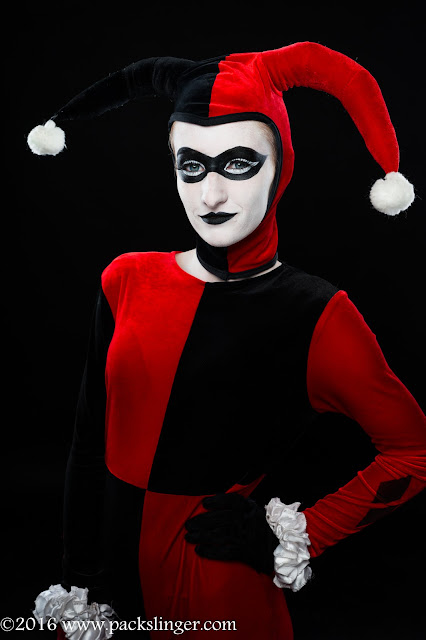 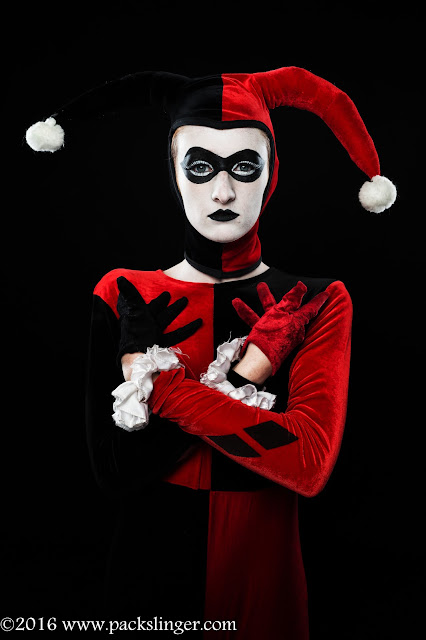 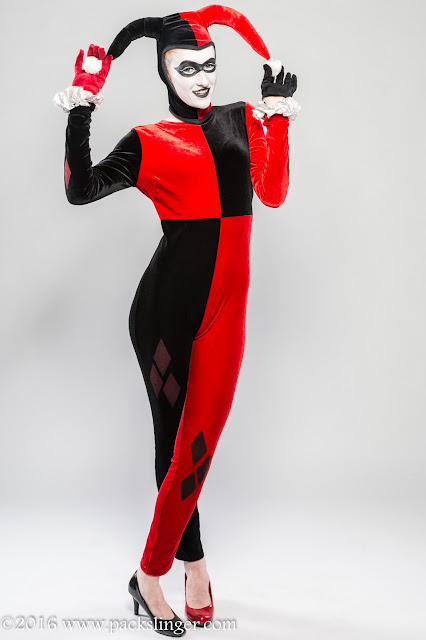 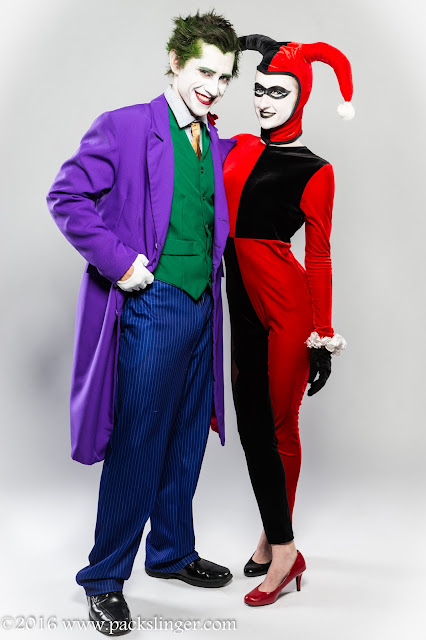 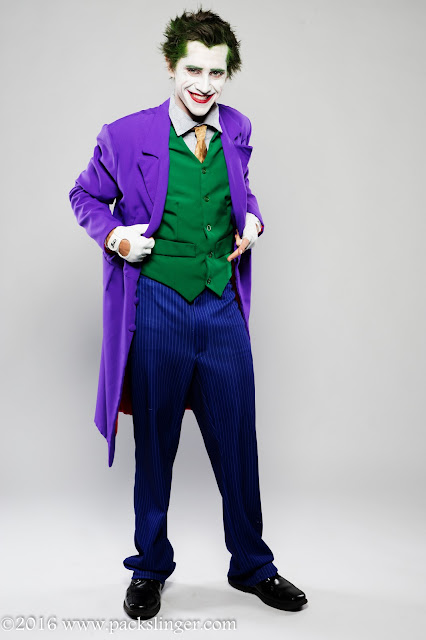 We drug Beckie into the mix and she donned a Batman mask. 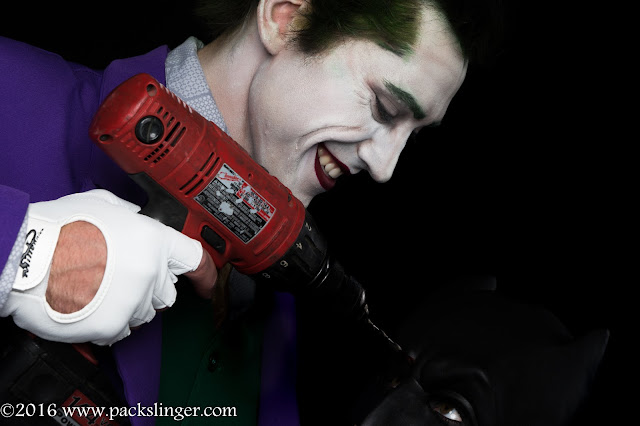 The shoot took a little longer than I thought and we started getting a little goofy as the night wore on. Tried a chain and I even made and bundle of dynamite. 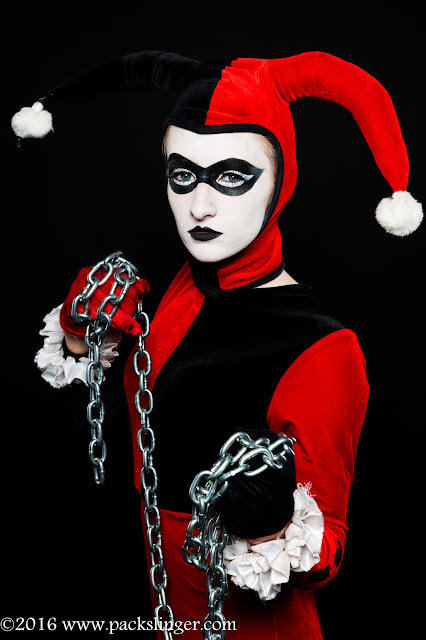 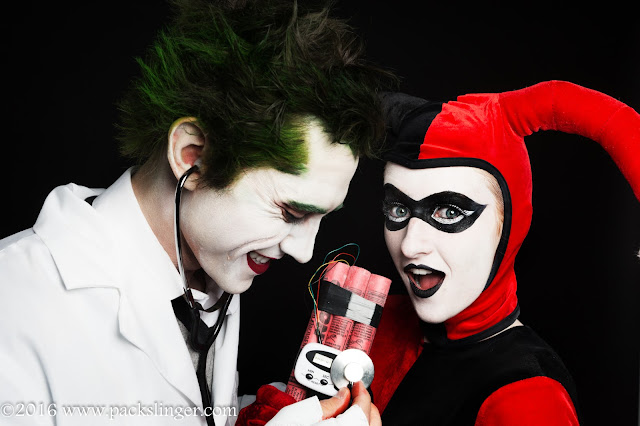 What a treat, getting to work with such talented people!